12 Reasons to Hire Ukrainian Software Developers for IT Outsourcing 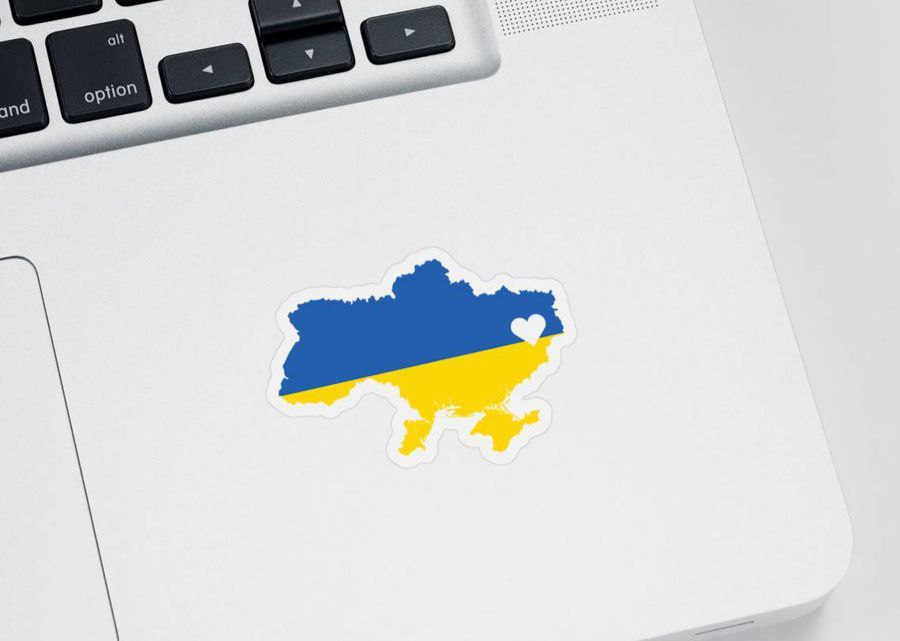 Generally, the IT industry is quite developed in Ukraine — according to forecasts, the volume of exports of the technological ecosystem will cross the line of 8 billion dollars within 2-3 years. Thanks to strong technical education and the high professionalism of developers, Ukrainian outsourcers are becoming more and more popular in European countries.

At the moment, Ukrainian IT workers are among the top 5 regions in this field. There are many reasons for this, including excellent professional skills, English proficiency (70% speak English on a B1-B2 level and above), and knowledge of new areas, such as big data and blockchains, artificial intelligence, etc.

The services of Ukrainian software developers are widely used by such giant foundations as Microsoft, Skype, Snapchat, Samsung, and Apple. So, let’s take a closer look at why Ukrainian outsourcers are so in demand on the international market — here are the key twelve reasons!

Reason #1: Ukraine Has the 2nd Biggest Outsourcing Market in Eastern and Central Europe

The biggest breakthrough in the Ukrainian IT industry occurred in the context of the 2020 pandemic and the global lockdown. During the quarantine period, the local sphere showed a record growth of 20%. The volume of exports amounted to more than six billion dollars.

At the moment, about 200,000 employees that master various technologies at a very high level are involved in the outsourcing sphere. According to the statistics of 2021 and research conducted by LinkedIn, made by Jappware, the most popular programming languages ​​among Ukrainian specialists are:

In Ukraine, technical education is both demanded and affordable — every year fresh IT specialists graduate from 402 universities and 4 specialized colleges. The amount of issued Ukrainian diplomas per year exceeds the number of diplomas in many countries that are considered IT-centered — for example, Norway, Belgium, Japan, Netherlands. According to statistics:

According to the World Economic Forum, Ukraine is among the top 10 countries for the production of technical specialists, presenting 130,000 new employees per year. In addition, institutions are trying to refine the educational process in a timely manner, improving the program. For example, thanks to Lviv universities and major technology companies, students can master:

In addition to learning at universities & courses, many IT students and already practicing developers are engaged in self-study. Roughly 85% of Ukrainian specialists read professional books in their free time from work and study.

The IT sector in Ukraine is one of the fastest-growing industries, and external factors practically do not affect the intensity of its development (annual growth ranges from 20% to 31%). In ten years, from 2011 to 2020, the amount of local technology organizations has grown by more than 35% — from 1050 to 1650 brands. Moreover, most of these companies have at least 6,000 engineers, and their number doesn`t stop growing.

Thanks to the fast IT-sphere evolution, Ukrainian software developers have created a huge number of interesting start-ups (by the current year their number has crossed the line of 2000 projects). Among them are such well-known firms as:

Also, some of the giants buy Ukrainian developments and make them world heritage:

In addition, the Ukrainian IT-sphere is also developing due to the presence of a large number of research centers under the supervision of large global companies. For instance, Microsoft, Samsung, Apple, Skype, IBM, Ericsson, Wargaming, etc. At the moment, the capital of Ukraine has more investors in the IT sphere than such cities as Warsaw and Oslo, Vienna and Copenhagen. Statistics claim that the total investment enlarged by 23,4% from 2017 to 2018 (from $258 million to $336.9 million), and continues to show similar growth in subsequent years.

Reason #4: Employment Attractiveness in the Ukrainian IT Sector

A permanent pool of highly qualified specialists in Ukraine is provided by fairly high salaries and the possibility to work with foreign technological organizations. In general, it becomes more difficult to become a qualified IT specialist, because the employer’s expectations are always growing — however, this is not a problem for Ukrainian developers, since the field has a constant influx of diligent and talented young programmers.

Ukrainian specialists are really interested in their work — according to statistics, more than 90% of department heads, project managers, engineers indicate that “they like their specialty, they find it interesting and at the same time difficult.”

Proficiency in English is a key requirement for every developer who wants to be part of a major European or international company. That is why most centers for the training of IT specialists offer additional language learning in parallel with the study of the technical base.

Also, almost all Ukrainian outsourcing companies provide free courses for their employees to improve their language level and, consequently, their competitiveness. At the moment, the statistics of English proficiency among Ukrainian developers is:

Fortunately for European and American partners, Ukrainian technology companies carefully organize work processes, internal and external communications and corporate policies in accordance with the standards of Western business culture. As a rule, programmers perfectly adapt to the microclimate of international teams, take a responsible approach to solving problems and communicate splendidly with their colleagues.

Unlike organizations from some other eastern countries of the post-Soviet period, Ukrainian technological companies quickly got rid of the stereotypical treatment of employees (strict adherence to the hierarchy and exclusively formal communication). In Ukraine, developers are always open to discussion and work great if they have some degree of independence.

If we compare the Ukrainian IT industry with this area of ​​the nearest countries, we can trace several advantages at once:

Also, the average requests of a Ukrainian developer are lower than those of specialists from the countries of North and South America (usually about $100 per hour). However, the qualifications and skills of engineers from Ukraine are not inferior to the knowledge of even programmers from Silicon Valley.

According to current data, the annual salary of a software engineer in Ukraine ranges from 30 to 48 thousand dollars a year. Evaluating the monthly wages, then the income of a Ukrainian specialist varies from 1300 to 4600 dollars.

Reason #8: Convenience of Time Zones: Only 1 Hour Difference with Most European Countries

Ukraine is close to the geographical center of Europe, so the time difference with most European countries is only one hour. For example, the difference between London and India is about 4 hours, with the Philippines — 3 hours, with Russia — from 2 to 10 hours, which does not allow employees to observe a convenient work schedule. At this time, Ukrainian specialists freely adjust to the usual European schedule during live meetings & project discussions.

In addition, Ukraine’s international airlines offer a lot of convenient flights to almost all key cities in Europe, including Berlin, Bucharest, Copenhagen, Warsaw, Amsterdam, Madrid, Paris and so on. From Kyiv, Kharkiv and Lviv you can get to London for about 18-25 euros. Also, from these cities you can get to America for about $350. Thus, the hiring company can quickly and inexpensively deliver the Ukrainian developer to the headquarters if live cooperation is needed.

It`s also much easier for Ukrainians to travel to Europe thanks to the visa-free regime — developers don`t need to waste time obtaining a visa, a passport is enough. So, programmers from Ukraine can be within reach for their foreign employers.

In addition to European countries, it is also convenient for companies from the North American region to cooperate with Ukraine, since the time difference is 7 hours. The difference with Indian programmers (who are mostly hired in America and Canada) is 9,5 hours, which is not very comfortable for holding meetings and discussing topical issues.

The number of working hours per week differs from country to country. For example, German developers work about 32 hours a week, British programmers work about 36 hours a week, and American specialists work 37.5 hours a week. In contrast, Ukrainian engineers are quite hardworking and are working from 40 to 60 hours.

Another important parameter is the number of national holidays when a specialist officially has a day off. There are about 19 paid holidays in Bulgaria, more than 13 in the Czech Republic and Poland, and, in contrast, only 11 in Ukraine.

As we mentioned above, the majority of Ukrainian developers are actively using self-learning opportunities. However, reading professional literature is not the only way to improve the skill and get subsequent career growth. A large percentage of technology companies in Ukraine try to regularly improve the skills of their employees, and also invite them to try themselves in various industries and business niches.

Thus, the average Ukrainian programmer gets much more experience and level of knowledge in a relatively short period, unlike European and American developers. As a rule, work experience for junior specialists is no more than 2 years, for middles — no more than 4 years, for seniors — 5+ years.

However, lower pay requirements for Ukrainian specialists do not mean at all that they work in bad conditions. As a rule, large and medium technology organizations pay maximum attention to creating an ideal workspace:

A great example of a workspace in Ukraine is Jappware localized in Lviv. Employees can enjoy fully equipped workplaces and cozy kitchens, as well as common areas for relaxation and entertainment. And this is critically important because the specialist`s satisfaction with the workplace is an essential criterion that directly affects the quality of his work.

For more than twenty years, Ukrainian developers have been actively cooperating with large companies not only in Europe but all over the world. They have earned a reputation as reliable and responsible employees who are always ready to think critically and look for completely new and creative ways to solve problems.

During interviews with many of Jappware`s international partners, we found that hiring Ukrainian engineers significantly improved the efficiency of the entire department of their companies for several reasons:

In general, IT outsourcing is very popular in Ukraine and is becoming more and more in demand every year — both the number of qualified employees and the range of services provided is growing. Foreign partners can quickly and easily assemble a team of professionals to work in various models, including outstaffing, project outsourcing, offshore development center, and so on.

Thus, you can always turn to Jappware to find the ideal developer — we have access to a huge database of first-class specialists. Ukrainian engineers are ready to work efficiently and quickly implement your company’s ideas in life!

What does a software development company do?

It is impossible to deny the importance of software at the core of any... 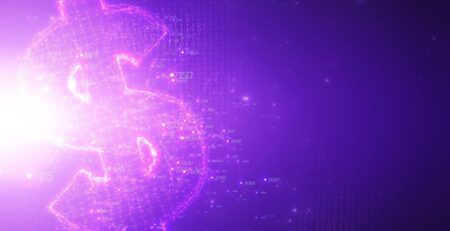 What Is Financial Software Development and How Does It Work?

In simple terms, it’s a service that has several significant requirements. A successful development of any product is possible... From idea to revenue without “Give up” words and through failures

Through the years of work with different types of clients, we truly appreciate that experience when we implement the...

How strong are your Passwords? (Or how to build right passwords and password validation algorithms)

This article is aimed at those who build password policies without understanding how they affect security. All resources on... 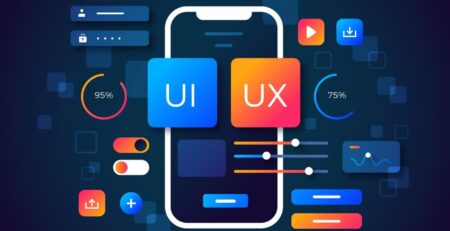 What is UI design? What is UX design? UI vs UX: What’s the difference Absolutely all companies who decided to build or already built a hosted solutions will get to a very important...